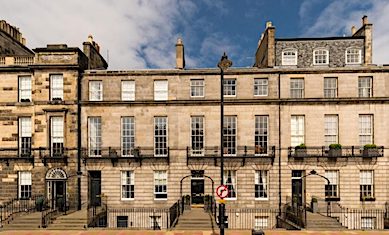 A report on the residential property rental market in Scotland’s two largest cities by Rettie & Co shows that Edinburgh is 26% more expensive than Glasgow, but the gap has narrowed sharply over the past two years.

Average rent in Edinburgh was £1,115 per calendar month in the second quarter of 2021 compared to £882 in Glasgow.

“This sharp narrowing of premium between average rent has been a function of the unique circumstances impacting the Edinburgh market, particularly around the rise and fall of the short-term lets sector, while Glasgow has remained more consistent.

“A comparison of average rents on a £/sqft basis shows the difference between the two cities.

“The average £/sqft rate in Edinburgh’s City Centre is around the £19/sqft rate, weakening to low double digits in more outlying areas.

“In Glasgow, the desirable West End averages around £14/sqft. This represents a premium of over a quarter on the city on a £/sqft basis, where average £/sqft rents are in single digits in most areas.”

This has meant that, in the five years to Q2 2021, the compound annual growth rate in Edinburgh has fallen to 2.5% while Glasgow has remained consistently above 4.5%.

Another major difference between the two cities has been the rise of Airbnb and the short-term rental market.

“As a leading tourism centre and home to the world’s largest arts festival … Airbnb and the short-term rental market in the Capital has exploded in recent years, and this has had a noticeable impact on the rental sector,” said Rettie.

“With 317,000 dwellings in the city, this represents a peak of just over 1% of dwelling being listed on Airbnb.

“With 255,000 dwelling in the city, this represents around 5.5% of the housing stock at peak being listed for short-term let.

“The change in demand for short-lets over the pandemic has had a far more notable impact on the private rental sector in Edinburgh, with more stock looking for residents while tourism and student demand has waned.”

Karen Turner, Rettie’s Director of Lettings, Edinburgh & Glasgow, said: “The rental market in Scotland has seen a changing pattern of demand over the past year, with the strongest demand now in suburban and semi-rural locations where families are keen to relocate due to their ability to work from home.

“In Edinburgh, demand has remained more supressed as over supply from Airbnb, lack of market churn and dampened student demand have led to longer times to let and constrained pricing expectations.

“Glasgow has had a less acute experience.”