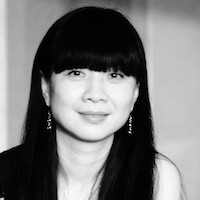 “The board considers it to be in the interests of the company to increase its shareholdings in SMWS China and SMWS Japan as both represent key growth markets for the group,” said ASC in a stock exchange statement.

“The modified joint venture agreements, and new employment contracts with the respective managing directors, underpin ASC’s growth plans in each market for the next three years.

“The company’s increased interests in both SMWS China and SMWS Japan will also result in proportionally reduced dividend payments to the respective minority joint venture partners in future years.

The Scotch Malt Whisky Society has a worldwide membership of over 30,000 paying subscribers.

“Having led the business, since its launch into this new market for SMWS in late 2017, the company has also agreed a new three year contract to retain Christina Leung as managing director, reflecting her strong performance in building the joint venture to date,” said ASC.

“The final consideration for the equity interest will be equivalent to 2.5x operating profits of SMWS China for the year ending 31 December 2021, in accordance with the terms of the call option within the original joint venture agreement between SMWS and Christina Leung (the ‘China Joint Venture Agreement’), entered into in 2017.

“The payment of the consideration is expected to occur in Q1-22 once the audited results for SMWS China are available.

“The company will also amend the China Joint Venture Agreement, such that the put and call options available to the parties will now be calculated on a revised formula based upon a combination of a lower multiple of 1.3x operating profit for the relevant period, plus a fixed fee per SMWS China member and cash resources available for dividend multiplied by the percentage holding of the selling party.

“Management expects that this revision will be to the company’s advantage in financial terms under realistic growth scenarios.”

SMWS has also agreed to acquire the entire 30% equity interest in SMWS Japan currently held by Mark Bedingham for £25,000.

“Mark Bedingham will retain his position as director of SMWS Japan, reflecting his depth of knowledge and experience in the market, and management is grateful for his support as a shareholder in the past,” said ASC.

“Following this acquisition, the company intends to sell 20 per cent. of its interest in SMWS Japan to Pei Hong Ong, the newly appointed local managing director of SMWS Japan, for cash consideration of ¥4,350,000 (approximately £20,000).

“Following the above changes, SMWS and Pei Hong Ong will hold 80 per cent. and 20 per cent. of the equity in SMWS Japan respectively.

“This joint venture agreement contains a similar put and call option mechanism based on the same operating profit multiple as the China JV agreement, in addition to a fixed fee per SMWS Japan member and cash resources available for dividend multiplied by the percentage holding of the selling party.”

Artisanal Spirits executive managing director David Ridley said: “With Asia being one of the fastest growing whisky markets in the world, our China and Japan operations will continue to form an  integral part of the ASC growth story for years to come.

“With an established presence in each, we believe that now is the time to take these steps to increase our share of the value created and help support the future growth in both China and Japan.

“We have a wide range of exciting plans in place to enhance the experience of our members in Asia and, supported by these improved terms, we are excited about what the future holds for The Scotch Malt Whisky Society in the region.”