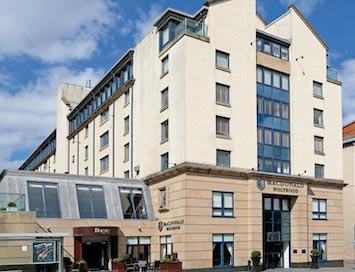 Savills said the total figure achieved in 2021 was transacted across 18 deals, with domestic buyers accounting for 54% and international buyers taking 46% of transactions.

2021 deals included the sale of the Macdonald Holyrood Hotel, the acquisition of the Scores Hotel St Andrews and the purchase of Bruntsfield Hotel Edinburgh.

Scotland has also seen several high profile hotel brands committing to its cities including the W Hotel Edinburgh, which will open at St James Quarter in July 2023, and Virgin Hotel, arriving in both Glasgow and Edinburgh city centres in March 2022.

Further, Gleneagles is expanding through the introduction of a private members’ club in the heart of Edinburgh that will also offer 33 bedrooms.

Steven Fyfe, associate director in Savills Scottish Hotels team, said: “Despite the inevitable impact of hotels essentially being closed during the pandemic, Scotland was high up the staycation list when restrictions began to ease after the first lockdown.

“As a result, our hotel market has performed relatively well over the last 12 months and we have seen renewed interest from investors who have shown confidence in the sector.

“This is evidenced in particular by many deals taking place during the first half of the year when hotels in the region had not fully reopened.

“When hotels did actually open in May 2021, it generated further confidence in the market …

“The market has entered 2022 with the strong sentiment of 2021 behind it, however, the sector faces a number of headwinds; Government support has been slowly tapered with the withdrawal of the furlough scheme at the end of September and the VAT rate for retail and hospitality increased from 5% to 12.5%, before returning to the standard 20% on 1st April 2022.

“Looking forward, as businesses increasingly put ESG at the forefront of their strategic plan, we also need to consider what that will look like for the sector.”