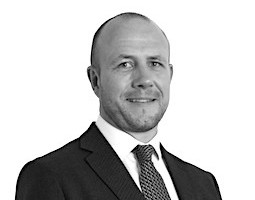 Edinburgh asset management giant Abrdn has confirmed reports that it is exploring how it can enable individual and institutional investors to buy “tokens” in buildings, funds and infrastructure assets.

The reports claim Abrdn, which manages and administers £532 billion of assets, is working with Citigroup on how to broaden access to investments in real assets using blockchain technology.

Neil Meikle, Abrdn’s Global Head of Real Estate Product Strategy & Specialists, said Abrdn wants to “make sure that we’re out in front in terms of vehicle evolution and the way that you and I and institutions and sovereign wealth funds and all the other global institutional investors access real assets.”

Meikle said there is an opportunity to “democratise” real estate investment — with tokens being traded in assets ranging from residential homes to landmarks such as the Empire State Building.

Abrdn has held informal talks with the Financial Conduct Authority (FCA) with a view to broadening the application of tokenisation.

Meanwhile, in an interview with a London financial trade publication, Abrdn CEO Stephen Bird said he is not looking to emulate the dealmaking record of Martin Gilbert.

“I’m not going to be typecast as any type of CEO.

“You’re not going to see me do another build deal like Interactive Investor.

“We’re going to digest it and do it well.”

Bird, who took over as CEO from Keith Skeoch in September 2020, said his second year in the role is “all about the execution” of his plan.

“Year one you have to get the shape of the group right and the broad brush strokes in the right place, recognise the market context you are operating in, and have businesses with enough scale in the growth areas,” he said.

“It’s about proving the model and delivering the financial results.”