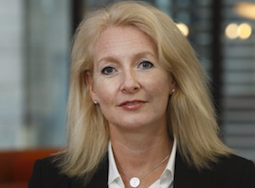 In May, about 42% of Standard Life Aberdeen shareholders voted against its directors’ remuneration report — with investors showing opposition to the package for its new chief financial officer (CFO) Stephanie Bruce.

Standard Life Aberdeen itself often criticises companies in which it invests for excessive executive pay packages.

In a stock exchange statement, Standard Life Aberdeen said Jonathan Asquith was appointed chair of its remuneration committee on September 1 and has so far held 11 meetings with institutional shareholders and agencies.

“This is an ongoing process and a further five meetings are planned before the end of 2019, and in the run up to the release of the company’s 2019 Full Year Results …” said Standard Life Aberdeen.

“In the view of the chair of the Remuneration Committee, the consultation meetings are proving valuable and positive.

“As well as the issues noted above, they are providing a useful opportunity to explore other features of the company’s current remuneration structure and remuneration strategy in general.

“To ensure the company continues to respond to the views of shareholders on remuneration matters, Jonathan will bring the outputs from the current meetings to the next meeting of the Remuneration Committee in early December.

“They will also form a key part of the committee’s continuing discussions on both the future approach to executive director remuneration and wider remuneration philosophy and practices across the company.

“Moving forward, Jonathan will continue to engage with institutional shareholders and will provide a final update on the follow-up of the 2019 AGM vote in the 2019 Annual Report and Accounts and in the 2020 AGM Voting Guide.

“As stated in the May 2019 AGM announcement, the company expects to seek shareholder approval for a new directors’ remuneration policy no later than at its AGM in 2021 in line with the normal cycle for renewal; the company is keeping the timing of this refresh under review and will bring forward revised policy proposals at the appropriate time.”

SLA said that at the meetings, the sentiments underlying shareholders’ 2019 AGM voting decisions were discussed.  The points covered included:

·     recognising that the primary issues affecting the voting decisions were one-off and unlikely to be repeated;

·     further briefing and clarification on the terms of Stephanie Bruce’s appointment and the importance of her strategic role;

·     confirmation that the cost saving targets underpinning Ms Bruce’s sign-on award were being tracked and would be independently verified; and

·     developments to Martin Gilbert’s responsibilities and remuneration in the light of relevant announcements since the AGM.

On October 2, Standard Life Aberdeen said vice chairman Gilbert will not seek re-election at the company’s annual general meeting scheduled for May 12, 2020, and will “retire” from the company on September 30, 2020.

SLA said that from January 1, 2020, “in order to facilitate his transition to the next phase of his career” Gilbert’s working commitment to the company will reduce to four days a week and, accordingly, his salary will be reduced by 20% to £480,000 per annum.

Digital bank account provider Revolut has since confirmed long-standing speculation by announcing it has appointed Gilbert as its chairman.

Gilbert, 64, co-founded Aberdeen Asset Management and led that firm for 34 years until its merger with Standard Life in 2017 — and he initially served as co-chief executive of Standard Life Aberdeen with Keith Skeoch.