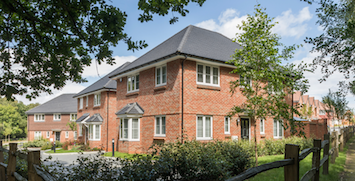 Savills has reported that a “remarkable period of housing market activity” led to the highest number of Scottish transactions in 13 years between September, 2020 and August, 2021, with a record number of “prime” sales above £400,000 in both urban and country locations.

“This is despite Scotland not benefiting from the same level of tax holiday on offer south of the border,” said Savills.

“As winter approaches, the market, though less frenzied compared to earlier this year, remains well above normal conditions.”

Savills said that according to data provider TwentyCi, the number of agreed sales in Scotland above £500,000 during October was 38% higher than the average for the same month between 2017 and 2019.

“With improved seller confidence, the number of £500k+ new properties coming on to the market in October was 23% higher than the pre-pandemic average,” said Savills.

“This follows a formidable vaccination programme and relaxation of lockdown rules.

“Yet, there is a shrinking pool of stock, with 22% fewer properties listed at any one time.

“Whilst supply has improved, there is unprecedented demand, with the number of new buyers registering with Savills to buy a Scottish property 61% higher in October than two years ago.

“Consequently, well-priced properties are selling almost as quickly as they become available in the most sought-after areas.

“As a result of competitive bidding and strong premiums, prime Scottish values are 8.1% higher than a year ago, which is the highest annual growth figure in 11 years.”

Savills said that in Edinburgh, while the popular inner suburbs of Grange, Morningside and Merchiston “remain the epicentre” of sales, Inverleith, Stockbridge and Trinity were the standout locations, with 92% more prime transactions than the pre-pandemic average.

“In central areas, increased demand for townhouses has supported prime activity in the city’s New Town and West End,” said the firm.

“The market continues to expand in Corstorphine and Duddingston, with new developments fuelling Cammo and Leith, which was recently ranked 4th in the world’s 50 ‘coolest’ neighbourhoods by travel magazine Time Out.

“Here, prime activity was at its strongest in Linlithgow in West Lothian and East Lothian’s coastal areas of North Berwick, Gullane, Dunbar and Aberlady.

“Meanwhile, value for money has supported growth in Haddington and Penicuik.”

Savills said the Glasgow market is scaling new heights, with a record 713 prime transactions in the city area of Glasgow, led by demand for second-hand and new build properties in the West End, Park and Jordanhill areas and family homes in Pollokshields and Newlands.

The market has also grown in emerging prime locations such as North Kelvinside.

Whilst Bothwell and Thorntonhall remain Lanarkshire’s prime mainstays, the market here has recovered in commuter towns and attractive villages along the Clyde Valley.

In the Aberdeen area, Savills said the city and surrounding areas are witnessing their best prime transactional markets since the oil and gas led housing market downturn.

Growth was led by the second-hand and new build markets in the popular AB15 postcode and areas within easy reach of the city, including Inverurie, Banchory and Stonehaven.

“Dundee’s record prime transactional market above £400,000 was led not only by the traditional hotspot of Broughty Ferry, but also in the west of the city in neighbourhoods around Ninewells Hospital and peripheral new build developments, spilling out into the villages of Liff, Piperdam and Auchterhouse,” said Savills.