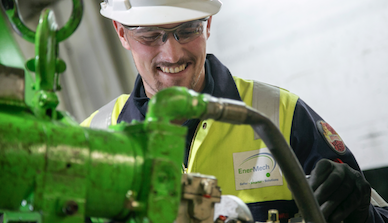 Aberdeen-based mechanical engineering group EnerMech said on Thursday it was awarded over £500 million of business in 2021 with new and existing clients and has increased its headcount by 30% to almost 4,000 staff.

EnerMech was acquired by US private equity giant The Carlyle Group in 2018 from Lime Rock Partners in a deal believed to be worth about £450 million.

“With more than a half-billion-pounds of new contracts secured in the last 12 months, EnerMech has kicked off 2022 by breaking into new geographies and business territories,” said the Aberdeen firm.

“Starting work in January on several significant campaigns, including numerous transformational mega-projects around the world.

“During 2021, EnerMech was awarded over £500 million of business with new and existing clients across its target end markets, including the energy, renewables, infrastructure, nuclear and waste-to-energy sectors.

“With some projects already underway, and new ones commencing imminently, the firm has increased its headcount by approximately 30% compared to 2020.”

EnerMech CEO Christian Brown said: “After winning more than half a billion pounds of new business in the last 12 months, 2022 will be a very busy year for us.

“We are delivering several milestone campaigns for existing and new clients in the sectors we have traditionally supported, as well as new end markets and new regions, where clients value the reliability and safe delivery across all phases of the project lifecycle for which we are known.

“As well as having a healthy order book, we also have new opportunities on the near horizon.”