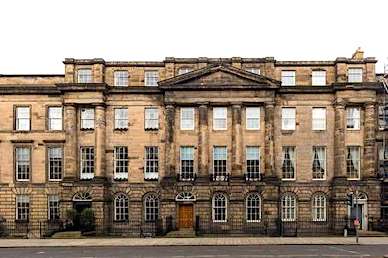 The board of The Scottish Investment Trust plc announced on Tuesday that its proposed scheme of reconstruction and combination with JPMorgan Global Growth & Income plc is taking longer than expected.

The Trust also said it expects the sale of its headquarters at 6 Albyn Place, Edinburgh, to be agreed in the near future “having received a number of competitive bids in line with its own valuation of the property.”

Last October The Scottish Investment Trust plc announced plans to give up on its in-house management team and independence and combine with the JPMorgan Global Growth & Income plc (JGGI) fund to create a company with an enlarged net asset base of in excess of £1.2 billion.

On Tuesday, the trust said: “As previously noted, the process was expected to take a longer period than might typically be expected for a scheme of reconstruction given a number of additional complexities inherent in the structure of the company, in particular its employee pension scheme and its debt arrangements.

“The board is pleased to announce that the company has completed the buy-in of the benefits under its pension scheme with a third party insurer; and it also expects the sale of its property at 6 Albyn Place, Edinburgh to be agreed in the near future having received a number of competitive bids in line with its own valuation of the property.

“A further update on the timetable will be provided upon publication of the circular to the company’s bondholders seeking the relevant approvals in connection with the transaction.

“The company is now being managed in line with the new investment strategy which was approved by shareholders at the general meeting of the company held in December 2021.”