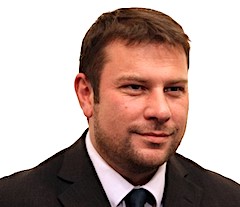 Edinburgh-based investment giant Abrdn announced that it abstained as a shareholder on voting to approve Rio Tinto’s annual reports and accounts — citing the “nature, severity and systemic impacts of the issues raised” in a recent scathing report about the workplace culture at the mining behemoth.

Rio Tinto’s reputation was damaged by a report it published in February that was carried out by former Australian sex discrimination commissioner Elizabeth Broderick that revealed bullying, harassment, racism and sexism in the company.

More than 10,000 of Rio Tinto’s 45,000 employees shared their experiences and views in the report.

The report found nearly 30% women and about 7% of men experienced sexual harassment at work, with 21 women reporting actual or attempted rape or sexual assault, Reuters reported.

Abrdn said if it does not see progress against the milestones set by Rio Tinto it will take “further actions.”

The Edinburgh investment firm manages and administers £542 billion of assets.

Abrdn said in a statement: “We are aware that sexual assault, harassment, discrimination, racism and bullying can be found across many industries and organisations, however, earlier this year it became apparent that Rio Tinto has some deeply troubling cultural challenges that it needs to address.

“Companies can, and should, put in place protections for its employees, but we believe the spotlight should firmly be on the perpetrators of sexual assault, harassment, discrimination, racism and bullying, and the cultures that enable, encourage and protect this behaviour.

“We also want to see the normalisation of a zero tolerance approach to sexual assault and discriminatory practices, in much the same way as we have for zero workplace fatalities.

“Contrary to comments made in the Brokerick report, any rate of sexual harassment and everyday sexism is unacceptable.

“We are committed to holding investee companies to account on such matters and more broadly, we have a global approach that sets out clear standards on how we believe companies can develop a culture of diversity and inclusion.

“Following the report we have engaged with the executives and board at Rio Tinto, particularly on the action plan it has created, however, we will abstain on voting to approve its ARA …”

Abrdn stewardship director Andrew Mason said: “Abrdn has engaged with Rio Tinto’s executive and Chair in relation to the areas arising from the Broderick report.

“We are supportive of the level of transparency taken by the company and its detailed action plan to address the matters.

“However, in light of the nature, severity and systemic impacts of the issues raised we have decided to abstain from our vote to approve the company’s reports and accounts.

“If we do not see progress against the milestones set by the company we will take further actions.”