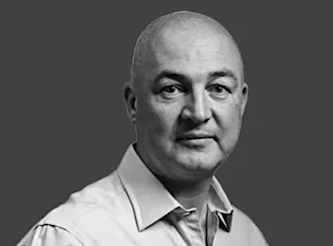 Consumer products giant Unilever announced that its Scottish CEO Alan Jope has informed the board of his intention to retire from the company at the end of 2023, after five years in the role.

The news comes less than a year after an unsuccessful attempt by Unilever, the maker of Magnum ice cream and Hellmann’s mayonnaise, to buy GSK’s consumer healthcare business, and two months after activist investor Nelson Peltz joined the Unilever board.

In January, Jope announced a restructuring of Unilever into five divisions and about 1,500 management job cuts.

“The board will now proceed with a formal search for a successor and will consider both internal and external candidates,” said the company.

Jope, 59, said: “As I approach my fifth year as CEO, and after more than 35 years in Unilever, I believe now is the right time for the board to begin the formal search for my successor.

“Growth remains our top priority, and in the quarters ahead I will remain fully focused on disciplined execution of our strategy, and leveraging the full benefits of our new organisation.”

“The board will now conduct an orderly succession process and support Alan and the management team in further driving the performance of Unilever.

“Alan’s retirement next year will mark the end of a remarkable career with Unilever.

“Under his leadership, Unilever has made critical changes to its strategy, structure and organisation that position it strongly for success.

“This work continues, and we will thank Alan wholeheartedly for his leadership and contribution to our business when he leaves next year.”

“The unappealing plan to buy consumer healthcare from GlaxoSmithKline has tainted Mr Jope’s track record somewhat so a fresh start from a new CEO could convince investors Unilever’s momentum is trending upwards again.”

Activist investor Peltz — via his Trian Partners vehicle — has built up a stake in Unilever.

Trian Partners told Reuters in a statement that it was sorry to learn of Jope’s decision to retire.

“As a board member, Trian’s CEO Nelson Peltz looks forward to continuing to work closely with Alan until his departure and to being part of the process of choosing a new leader for the company,” it added.

“It has been a very impressive career nonetheless, joining as a trainee in the 80’s and ending up as CEO of one of the UK’s largest listed companies.”

Bernstein analyst Bruno Monteyne said: “While his has undoubtedly been a great career, investors are likely to see this as a positive change, as the company has struggled in recent years to convince investors that it has the right brands and strategy to be a mid-single digit growth company.”